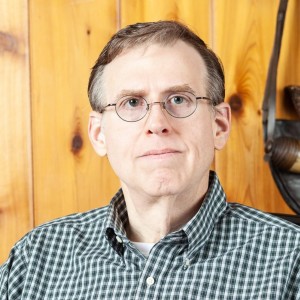 Today, I was fortunate enough to be present for the charcoal bluing of a longrifle barrel. Richard Frazier, a former journeyman at the gunshop at Colonial Williamsburg, was charcoal bluing the barrel for his latest rifle. He was sharing the process that they used for years, and still use to blue gun barrels at the CW gunshop. Al Edge, a well respected gunmaker and restorer, was the host for this effort and his apprentice Corey Pheasant helped out with the setup, fire building, and some of the barrel handling.

I have documented the process in photos as shown below.

We started with a box constructed of 1/8″ thick steel sheet. It was approximately 8″x8″x50″ and set about 12″ off the ground on a pair of simple welded steel supports. The box was wired to the supports to keep it from moving around.

Below is the fire being started. It needs to be a big fire with plenty of firewood under and stacked around the box.

Here, the fire has just about burned down and the charcoal in the box is starting to turn white at the top. We were just about ready to go.

Here is the rag and rottenstone used to rub down the barrel. The barrel is removed from the charcoal every 15 minutes and lightly rubbed on the top five flats.

In the following photos, Richard is inserting the degreased barrel into the charcoal for the first time. The bore was NOT packed with charcoal.

Here the barrel has been removed for the first time to be rubbed down with an old cloth dusted in rottenstone. We put the barrel in the charcoal three time for 15 minutes each; removing it twice to rub it down.

Once Richard was happy with the bluing job, the barrel was removed and the mandrel clamped in a post vise so that the barrel could be sprayed with WD-40 and rubbed down. The barrel was a splotchy blue gray when it came out of the charcoal. After rubbing it down a few minutes with the WD-40, it was a fairly even dark blue.

Richard noted that the charcoal might have been a bit hot, but it is hard to adjust that with the wood fire. You have to guess at the amount of fuel to add, and I am told that too little is worse than too much. They were aiming at about 1000F.

In case you were wondering, Richard case hardened the breech plug along with the lock plate and cock.